Future Perfect's 'flagship' vision board workshop is based on the science of psycho-cybernetics. This article will give you an understanding of the science behind our brain’s goal-steering mechanism.

In evolutionary terms we have an inbuilt automatic goal achieving success mechanism hard-wired into our brains geared to helping us survive.

Unfortunately what happens for the majority of us is that we trigger or reinforce the wrong ‘goals’ by continually overlaying thoughts to do with our past into our present or our futures. For example, it’s easier to overlay the now with what’s familiar…even if it’s a negative or detrimental thought…. “I’m inadequate, not clever, not sporty, not pretty etc.” It’s familiar and for our primitive brain the known is safer and less scary than the unknown….even if our conscious brain understands that we are choosing a negative.

The research into this originally began with a cosmetic surgeon called Dr Maxwell Maltz who noticed that patients after surgery continued to suffer from low self-esteem and an inaccurate self-image….the emotional scars of the past were affecting their now.

The experiments were geared towards exploring how to activate the positive automatic success mechanism and what they found out essentially was that in order to do that you needed to repeatedly and vividly visualise.

They found that thoughts produce the same neurological process as actually doing the action – the brain interprets imagery as equivalent to real action. For example one experiment involved 3 groups of basketball players, one group had to practice free throws, one group sat on the bench and imagined themselves doing the free throws and the third group sat and did nothing. The results showed that the ones who practiced were the best, the ones who visualised were only less good by a tiny margin, and the ones who did nothing stayed the same or were worse. Even more interestingly, they did a similar experiment with weight lifters and found that the group actually lifting weights increased their muscle mass by 33%, the visualising group increased their muscle mass by 13% and that it lasted for 3 months with no other input.

Our brains are primarily wired for visual output, specifically imagery.

70% of all your sensory receptors are in your eyes.

50% of your brain is involved in visual processing.

We can process a visual scene in less than 1/10 of a second.

Today our brains suffer from information overload….we receive 5x more information daily than we did 30 years ago….so it is a relief for our brains to relax and take in a lovely visual image.

Practicing mental imagery impacts the motor control, attention, perception, planning, and memory parts of the brain. In effect by visualising you are priming, training and steering yourself actively towards your future as opposed to being passively carried by old beliefs. I like the image of the difference between a raft floating down a river at the mercy or whimsy of what it encounters vs the same raft outfitted with a rudder and a sail….your choices are greater with the latter option without taking away the ‘just drift along’ option when you want it.

So why do a Future Perfect Vision Board Workshop?

Most of us have really busy lives as well as very busy brains and apart from anything else it is just much easier having the space facilitated to clarify and sift out habitual ‘past’ messages that might be running our systems. It’s fun, more creative and useful to be inspired by other people’s journeys and processes.

Psychologists generally agree that developmentally a child’s belief system with regards to the kind of person they identify as, their worth in life, what they believe the world is like, even when they are going to die, are all embedded by the age of 7. There are some developmental windows for tweaking during the adolescent years, but essentially our unconscious has for most of us, been left without new data or ‘updates’ for a long time.

A workshop is an opportunity to update and install exciting new programming that you have chosen.

I frequently get asked “what if I don’t know what I want?”. It really doesn’t matter if you don’t have a clear handle on the specific content...your brain loves symbolism. Your brain is capable of processing a symbol in 150 micro seconds and then taking 100 ms to attach meaning to it. Everyone knows what images evoke positive feelings for them, so all your brain needs is to have images that your eyes see every day and it will get on and do what is inbuilt far faster and more successfully than without them. Once a symbolic image works its way through to your conscious brain you can replace the symbolic with actual if you like, but my experience is that usually by that time you already have whatever it was the symbolic image was representing! 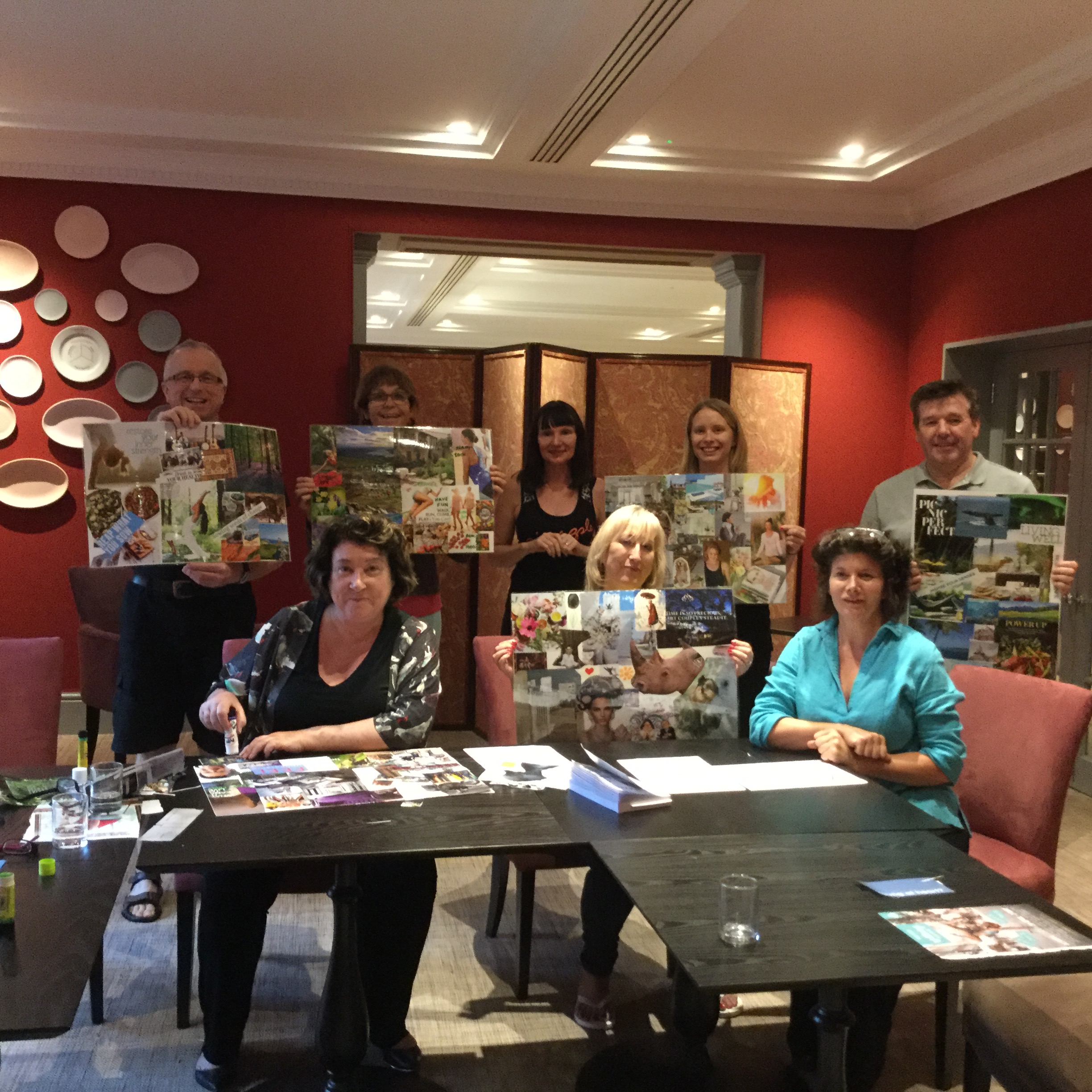 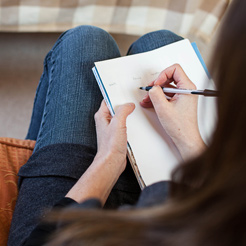 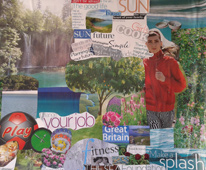 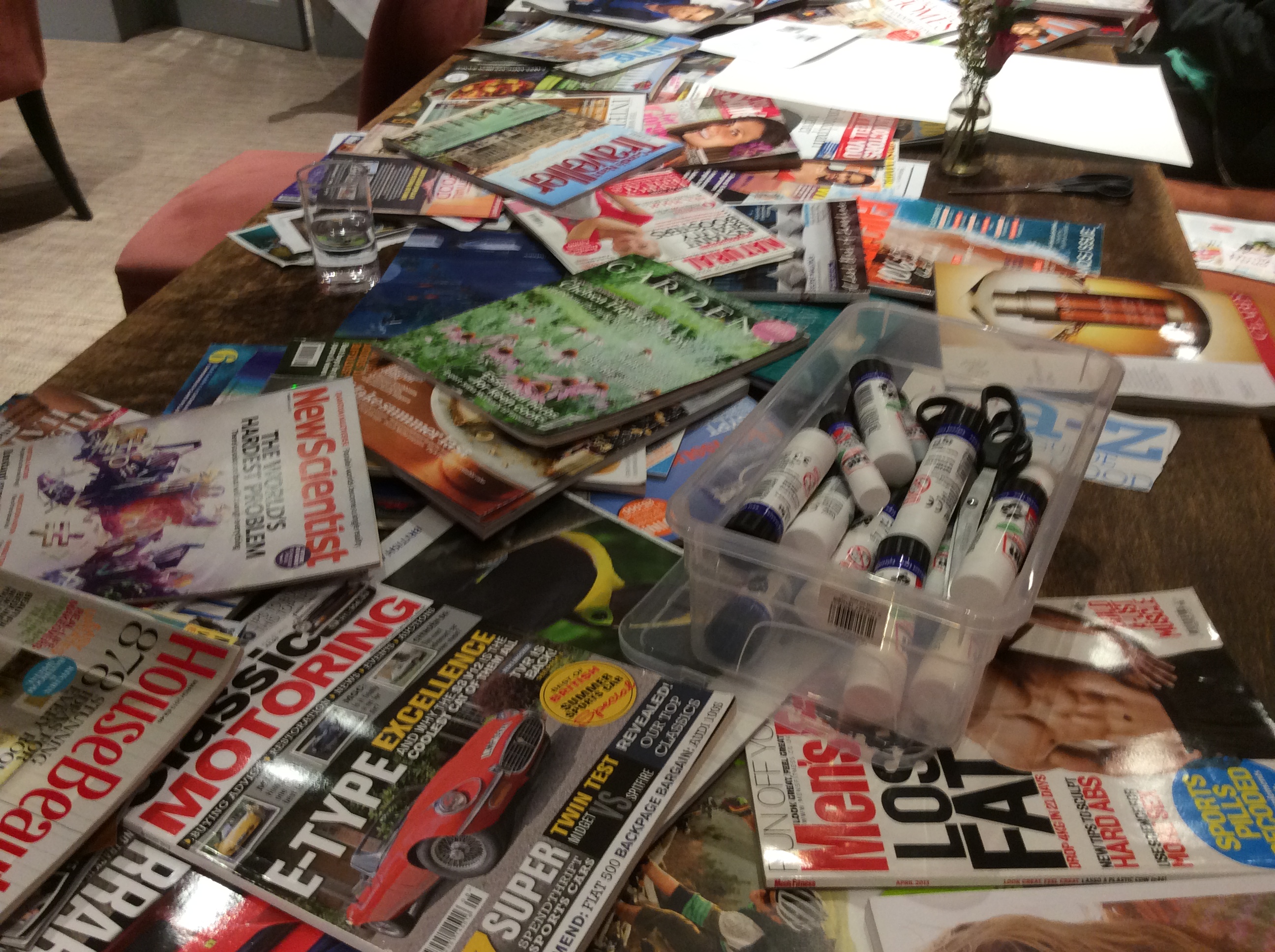 are relaxing, enjoyable and productive. Creative fun with some science in the mix!

We use cookies to ensure that we give you the best experience on our website. If you continue to use this site we will assume that you are happy with it.Ok